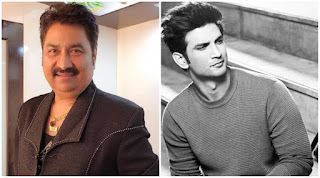 Sanu, credited with hit soundtracks like “Aashiqui”, “Saajan”, “Dil Hai Ki Maanta Nahi” and “Sadak”, made comments in a video posted on his  page late Tuesday evening. The singer began by paying tribute to Sushant who died by suicide at his Mumbai residence.“He was a fabulous actor and a positive person, from what I’ve heard. He gave wonderful films in such a short span of time and made his own place in the industry. There have been so many talented people in the industry from Bihar, like Shatrughan Sinha, Shekhar Suman, Udit Narayan,” the 62-year-old singer said. 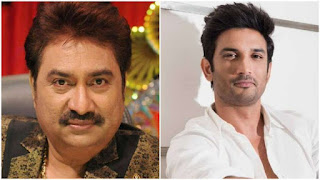 Kumar Sanu added that it was difficult to come to terms with Sushant Singh Rajput’s death, as he was of his son’s age. “May God bless his soul. The heart still wishes Sushant had not taken this step.” Moving on to the discussion around nepotism, which picked steam after many in the audience and industry pointed out that prejudices held against outsiders make their survival harder than actors from film families.According to Sanu, however, an artiste’s fate is only decided by the audience. “Since his demise, I can see a different revolution emerging. Nepotism exists everywhere. It’s a little more in our industry. You (the audience) make us, who we are. Who will stay and who will be thrown out of the industry is decided by you. Filmmakers or the top people in the industry cannot decide. It is in your hand, to make or break us,” he said. 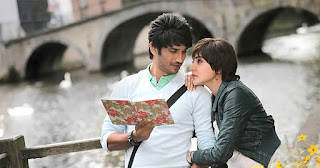 The celebrated singer concluded his over four-minute long video with an advice to all outsiders, who come to Mumbai with a dream to make it big in the industry. “Get yourself a job once you come to Mumbai and then start your struggle, which is something I also did. This way, you’ll at least not face any problem of food and living. You will not have to bow down to someone for your needs and you will be able to express your talent. I hope, because of Sushant Singh Rajput, the coming generation will get equal opportunities. Today, despite leaving all of us, he still lives on,” Kumar Sanu said.

One thought on “Kumar Sanu on Sushant Singh Rajput. Artistes made by audiance not top peoples in industry.very sad situation in Bollywood.bollyvilla.com”