We all know Sushant Singh Rajput didn’t live in this world, anyone can’t able to believe this,even his family is not ready to believe that a happy mole like Sushant can over do suicide.For this reason his family demand CBI investigation for Sushant’s suicide case.

Let me tell you that the Mumbai police interrogated the peoples who living with Sushant’s arround and his house servant.And the servant revealed a lot about Sushant’s current affairs, position and personal life. One thing that came out to fore that Sushant was good actor and had a great personality but as a good actor he was ,he couldn’t get that kind of work. And a similar thing has been said by the servant that Sushant was signed seven big films and six films were released from his hand. And that seven big films were a big budget. Also the servant Said about his personal life and his daily life and the relationship he had with Riya. 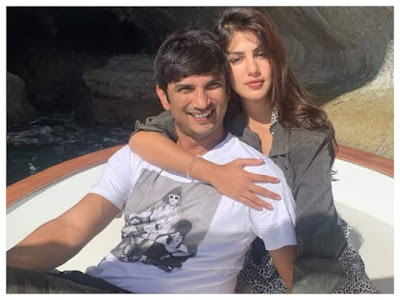 Ans in this relationship running a little troubling . Apart from Sushant’s servant . statement of Sushant’s sister nitu Singh was also taken . and she permanently living in mumbai . Sushant Singh Rajput some days of his past life didn’t feel well. Then Sushant spoke to his sister that for Nitu came to stay Sushant house for two days. Nitu said her brother was having some problems his personal life and career achievements purpose. And also Sushant Singh Rajput’s family members known that Sushant living with a actor in a living period they knowing that little problem or troubling he feeling arround his personal life. 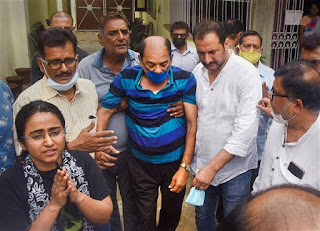 Sushant’s father also said that solve your problem as soon as possible and get settled permanently. Sushant was also agreed with his family and getting ready to settle.

But some days later Sushant started cutting his talk with his family and others like close friends, sister and his maternal uncle. Sushant’s health was going poorly and his sister came to know it properly. And she heard this talk about Sushant’s poor health condition from his personal assistant over phone call.
The servant Said about Sushant’s current health condition was going poor.and the servant also said Sushant feeling scarred,he told me someone will kill me, someone follow me, they find me this type of speech Sushant shared with me (the servant). 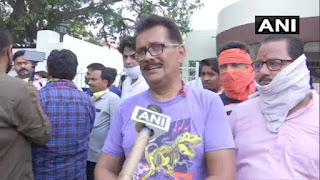 For this situation Nitu has been shocked and immediately she came to his brother’s house for stay some days.and Sushant’s maternal uncle who living in Pune also said same like Sushant’s sister nitu. When Nitu reach out at Sushant’s house where is Riya(in a relationship with Sushant)? Riya was already stay with Sushant at Sushant’s house for a while.But when Nitu reach to his brother’s house there was not riya,the she call riya but unfortunately riya didn’t pick the call .
According to Mumbai police,they also started an interrogation with Riya and all touched person with Sushant Singh Rajput about his suicide case.
If you get this article some informative please share with your friends and family.

One thought on “Finally Sushant Singh Rajput’s sister nitu’s statement clear the all picture.What Sushant said to his sister 5 days ago? – bollyvilla.com”