You must have heard about your beloved in childhood.She who flies in the sky and holds a magic wand in her hand.And looks very beautiful.She the one who brings goodness in the world and seeing that, the Moon Stars team starts coming.But the funny thing is that the fairy tale is never complete without a monster. 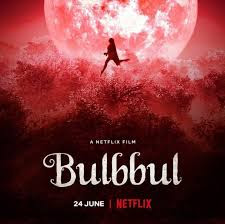 This is the end of films with the victory of good over evil and blood of evil. Otherwise we assume that the story was left incomplete.But have you ever thought about getting out of fairy tales into the real world?My world and yours has become more dangerous than humans.In which who will come to save the angel? Don’t worry you will get all the answers about the movie just scroll down and reading the article. 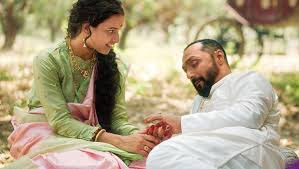 First of all, the most important thing is you can watch the full film on Netflix.  The film is an hour and a half.  After that, the story finishes and digests the money.Will keep the kids away a bit because a friend Sean is a little disturbed.  The rest of the old and old can see at ease. The story of bulbbul beginning from 1881 in Thakur family where the lead son Indranil of thakur family getting married with bulbul. She was little and like to listening horror story,Hide and seek game. 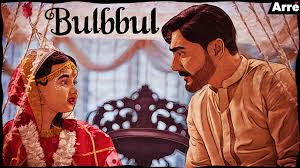 credit: Arre.co.in
The most ghostly story in this film is the story of a witch who lives in the forest and Witch in reverse foot who specializes in killing humans.No one saw her, but no one can deny her even by mistake.The name of the person who tells this story is Satya who by relationship is brother in law butBut both of them lived as friends in the family since they were young. 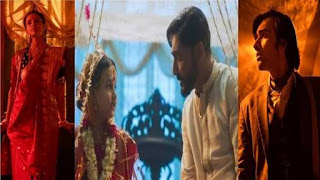 A big mansion!by age 4-5 times elder husband and ghostly adventures. And bulbul increase herself at this mansion. But coming up a a big twist when after twenty years in the village picture changed absolutely. And suddenly beginning a dengerous game of murder.some precious scene where came out the evil spirits picture. 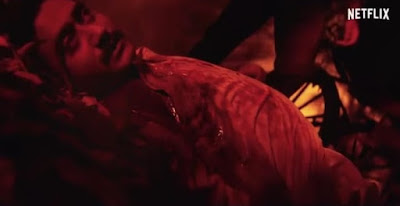 To get freedom for the village The responsibility of providing freedom to the village has come on the shoulders of power.Who came from abroad a few days ago. But you shock when you see the movie that is it a really ghost story or a planing murder. In the film bengali culture represent a morden culture which for bulbbul may become a master piece of bollywood. But this out sider ‘s creative acting the beginning of nepotism of bollywood.the bollyvilla give this film 4 out of 5 because 1 for an old culture represent a morden culture.1 for ghostly music.1 for the out siders specially bose acting.1 for twist of the film.1 for colour combination.