Bollywood actor Alia Bhatt is currently caught up in the crossfire amid the nepotism debate following Sushant Singh Rajput’s death and is facing flak for the same. The actor’s mother Soni Razdan has now stepped in and joined the debate as well. Replying to a tweet by filmmaker Hansal Mehta, Razdan said that the same people who are currently ranting about nepotism will support their children when they want to join the film industry.DirectorHansal Mehta took 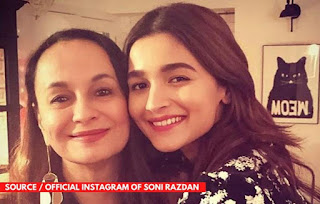 to his social media and had called for a broadening of the nepotism debate. He talked about the fact that being from a Bollywood family only gets the kid through  the door in the industry. He further added that ultimately, it is their kids who have to make their own career for themselves. Replying to his tweet, Soni Razdan said that the expectations are more when one comes from a Bollywood family. 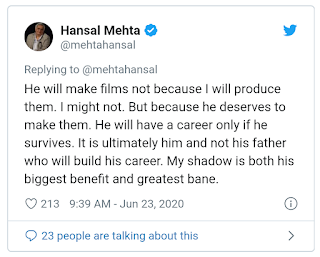 been narrowed down to target certain people. Not for the sake of reform or larger good. Before nepotism ends we must work towards reducing hypocrisy and ‘vested interest publicity’. Bullying must end. Bullies must be called out. Not talent”. [sic] 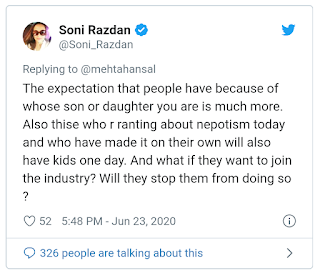 The nepotism debate sparked up after the news of Sushant Singh Rajput’s demise. Many claimed that the actor was sidelined by some big names in the Bollywood industry over the fact that he was an outsider and did not belong to a Bollywood family. This sparked a debate on nepotism in the industry and many prominent celebrities like Alia Bhatt, Sonam Kapoor, Sonakshi Sinha, and more have been on the receiving end of the trolling. 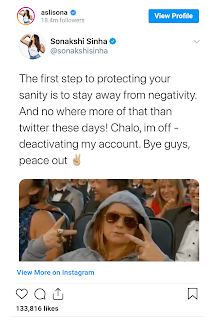 We heavy backlash that the celebrities are facing has also taken a toll on their social media following with the count dropping down by a significant number. Actor Sonakshi Sinha has also deactivated her Twitter account and said that there is a lot of negativity on the platform. Following her footsteps, Notebook star Zaheer Iqbal also deactivated his Twitter account. 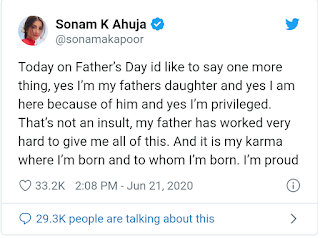 privileged and ”has reached where she is because of her father Anil Kapoor”. She added that it is not an insult and that her father has worked very hard to give her all of that. Many celebrities have also limited the comments on their social media posts due to the hate comments they have been receiving.

The storm of `Dislike` on Sadaak 2, what did Mahesh-daughter Pooja Bhat say?

Bollywood star couple Saif Ali Khan and Kareena Kapoor Khan are having their second child. They officially announced this on Wednesday (August 12).

You may have missed

The storm of `Dislike` on Sadaak 2, what did Mahesh-daughter Pooja Bhat say?

Bollywood star couple Saif Ali Khan and Kareena Kapoor Khan are having their second child. They officially announced this on Wednesday (August 12).